Mobilintec.Net
Wednesday, 12 February 2020
Facebook Twitter
The speakerphone Xiaomi Redmi Note 5 Pro is not working, the damage to the speaker phone is often in natural on any Android phone device or any other type of phone, surely if there is damage to the speaker part in a phone, it will be difficult for us Using the phone normally. Then on this occasion, Mobilintec Team will review and also provide the best solution to the damage of phone speaker Xiaomi Redmi Note 5 Pro.

What is a phone speaker or a speaker buzzer?

Speaker buzzer or people often call speaker phone, is a useful part to make sound from the phone, when we are making a phone call, play music, watch Vido and also playing game, it feels empty if a The phone has a malfunction on the speakerphone buzzer, all the activities that we do on an Android phone it feels difficult because the sound that is generated is very low or there is absolutely nothing.

For a safe step, you can actually connect the phone with an external speaker device with Bluetooth connection only, because it is safer. For the initial stage, you can do cleaning on the speaker phone part on the Xiaomi Redmi Note 5 Pro, this is often the case in the dust ingress leave so that the speaker membrane becomes difficult to move, and it causes the resulting sound to be low or none at all. 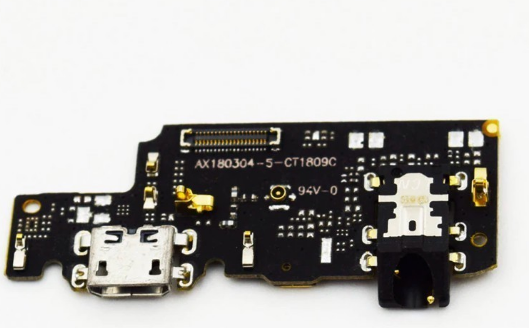 The possibility of damage to the speakerphone Xiaomi Redmi Note 5 Pro that does not produce sound can be caused by the Speaker line disconnected on the PCB board, then to make the repair, can be applied jumper step speaker phone way so that the condition Back to normal.
Read Also: Tutorial Repair No Backlight Xiaomi K20 Pro 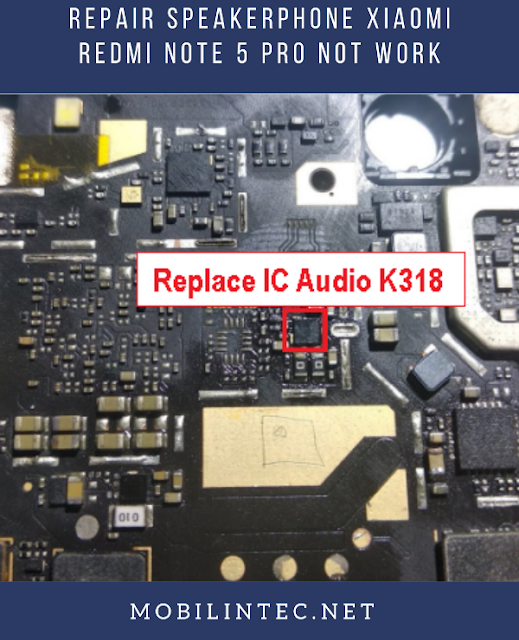 On the case of damage buzzer of Xiaomi Redmi Note 5 Pro speakers that were caused in the connect the phone to the active device speaker by using a cable Jack 3.5. can cause damage to audio IC, shown in the picture above, to solve the problem can be done audio IC switching on the Xiaomi android phone. This way is very effective to do the damage caused by the phone that is connected to the speaker active.

Thus a few steps to repair the damage of Xiaomi Redmi Note 5 Pro speaker phone that does not work, hopefully with some of these steps, the damage that happens to your phone can be resolved immediately. Thanks.
Facebook Twitter